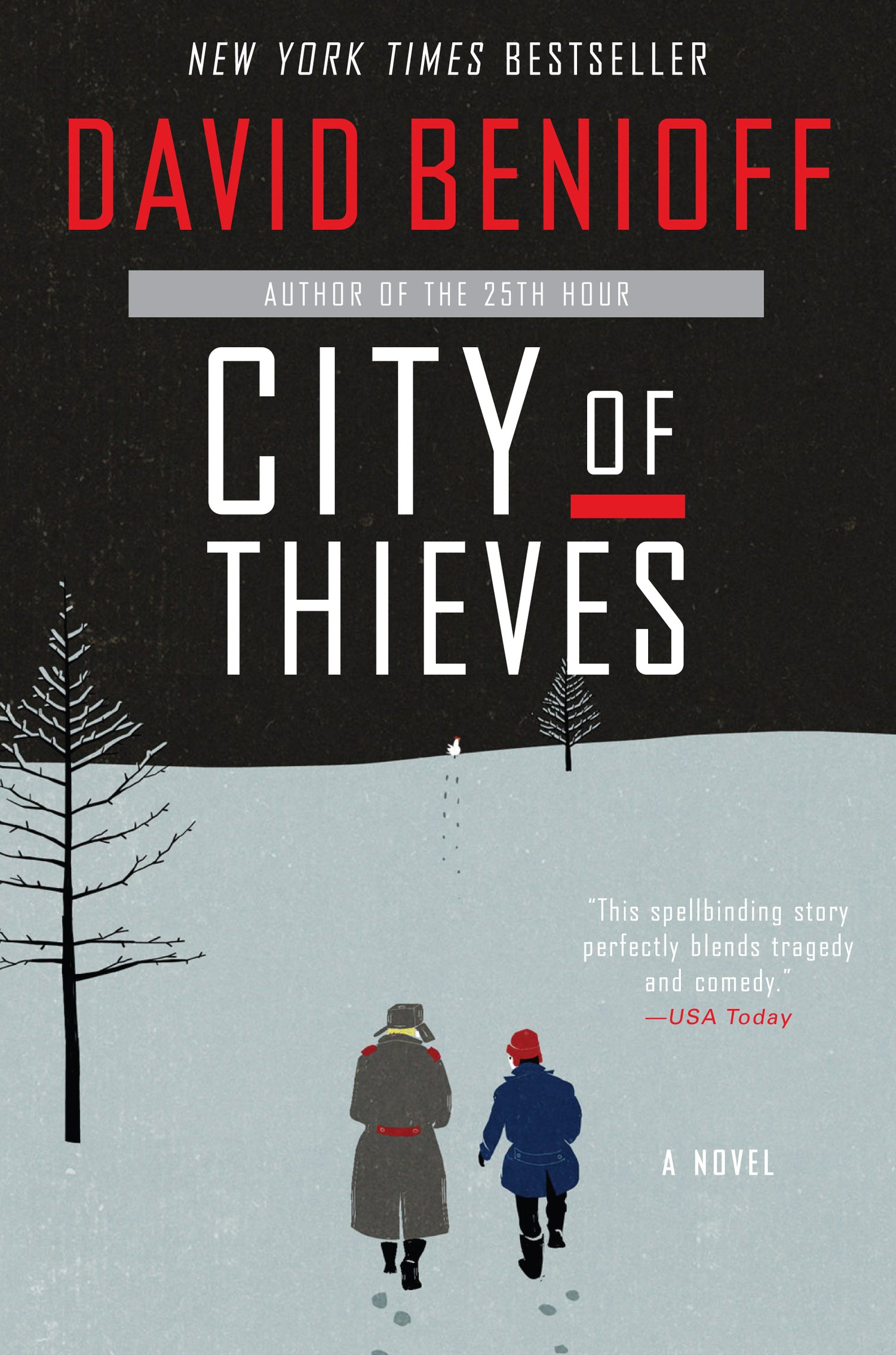 The central character in this story is the elusive, seemingly nonexistent, dozen eggs. Through Lev, a young Jewish teenager caught looting off of a dead German Luftwaffe pilot, and Kolya, a handsome and likable Russian soldier who was caught being where he shouldn't have been, the story of the search for these eggs in a starving Leningrad during the winter of January 1941 is told. The crimes of these two men, brought to the attention of a Soviet secret police colonel, is punishable by death. Violating curfew, leaving one's post, or any broken law in this impossible situation of desperation was punishable by death.

However, being of a generous nature (irony), the colonel gives them a reprieve. Locate a dozen eggs in fives days for the making of his daughter's wedding cake and not only would they not be shot, but also would be given back their ration cards! Of course, eggs are pretty hard to come by, given that this task is to be completed in a city that has been under siege for seven months, in the bitter winter, where people are starving, people are being murdered and made into sausage by their neighbors and laying hens aren't clucking about in any obvious place.

I'm not a fan of war stories, but this historical fiction was a page turner that I consider a work of genius. Benioff uses the search for eggs to take us on a path of what it means to live under siege, in Leningrade, during an attack by the most atrociously cruel Nazi army. The dialog between Lev and Kolya encompasses friendship at a deep and unlikely level. This book offers a new perspective on the Nazis' siege of Leningrad (presently called Saint Petersburg, and let's hope it will never be Putinburg!). Our generation may tire of what seems like endless World War II stories, but because history repeats itself, it is important to continue to read, albeit occasionally, these stories with the idea that education will go far in preventing future atrocities.

This is a great discussion book for groups that have a stomach for war tales. My own book club would toss it out the window before voting to read it due to the nature of the material, but personally I think it is more palatable then most war stories. I enjoyed reading this book. The Third Reich embraced a philosophy that should be rejected for all times in the future (hear me, you ISIS or ISIL antisemitic, anti-women, anti-christian, anti-anything you aren't monsters), so these stories need to part of our culture if we are to retain a free society.
Posted by Katherine at 10:16 AM